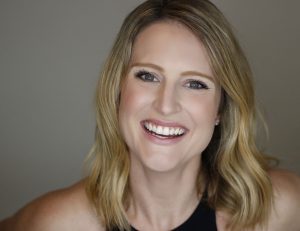 Stella Maris Academy Alumna and Broadway Actor Lulu Lloyd was most recently traveling the country as understudy to the leading character Jenna on the First National Tour of “Waitress.” On Broadway, Lulu was a proud member of the original company in Andrew Lloyd Webber’s “School of Rock.” There she served as Swing and Dance Captain, covering 10 onstage roles and training over 100 actors, nearly 70 of then being children, in their roles over the length of the run. Other National Tour credits include Sloane in the 1st National tour of “Jim Steinman’s: Bat Out of Hell the Musical” and the “School of Rock” 1st National Tour where she served as understudy to Rosalie Mullins. Some other favorite credits include the world premiere of Steve Martin and Edie Brickell’s “Bright Star” at The Old Globe. Off- Broadway she has performed at The York Theatre, Signature Theatre and Playwrights Horizons. Some of her regional credits include Lucy in Jekyll and Hyde (LA Ovation Nomination), Judy in 9 to 5, Missy in The Marvelous Wonderettes, Lizzie in Baby, The Narrator in Joseph and the Amazing Technicolor Dreamcoat, Ado Annie in Oklahoma! and Louise Seger in Always…Patsy Cline. (BWW Critic’s Pick) Television credits include several national commercials and a featured role in “A Crime to Remember” on the Discovery Channel. She is a proud member of Actors Equity Association and the founder of the San Diego based theatre school: The Broadway Clubhouse. Next up for Lulu is The Old Globe and Portland Center Stage Co-Production of “Hair” where Lulu will lead the cast in the role of Sheila. For a full resume and links to live media please visit www.lululloyd.com. For information about The Broadway Clubhouse please visit www.thebroadwayclubhouse.com .